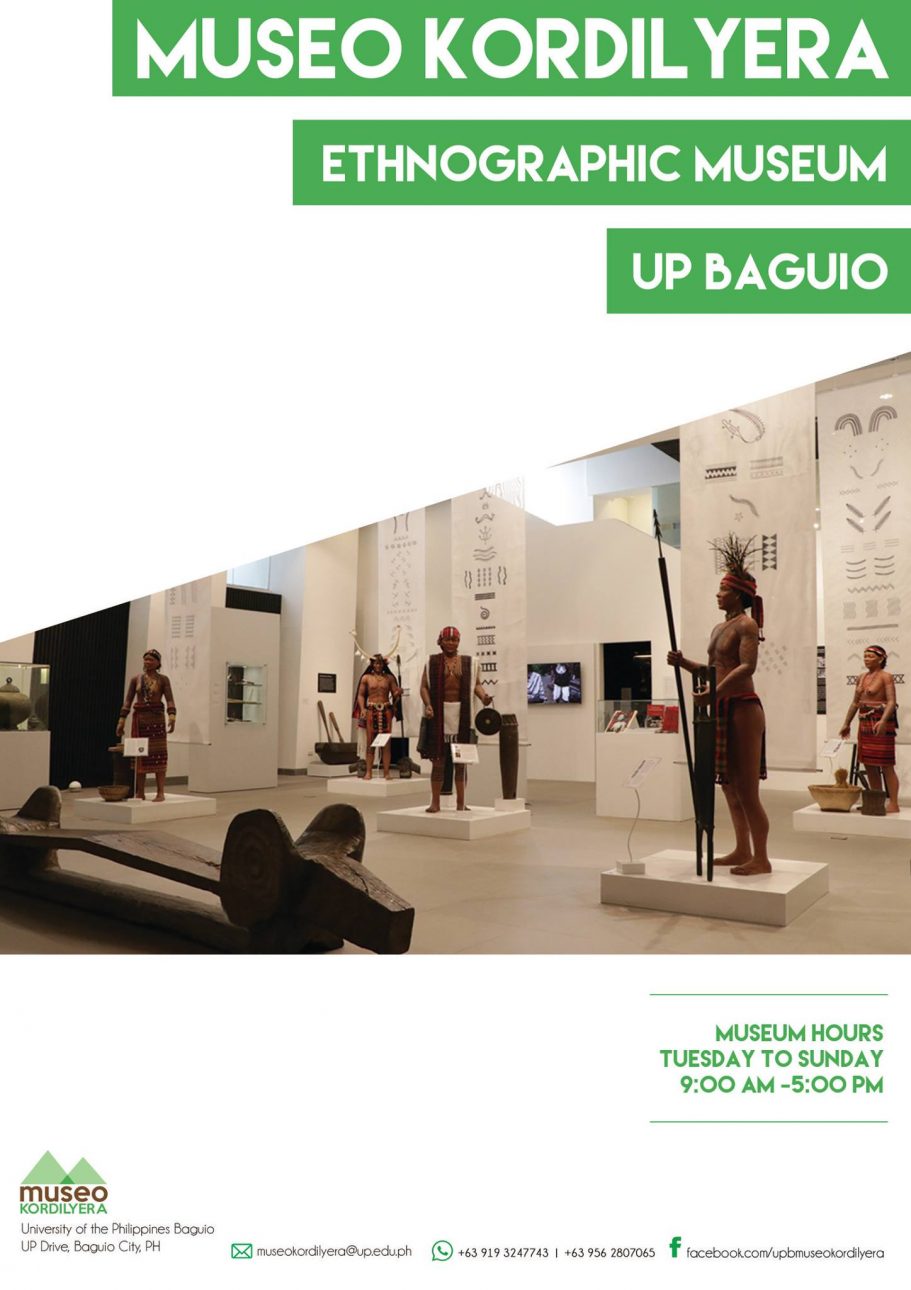 The Museo Kordilyera opened on January 31, 2017 with three distinct exhibits. The centerpiece of the inaugural show was Batok: Tattoos as an Archive, based on Prof. Analyn Salvador-Amores’s pioneering research on traditional tattooing practices in the Cordillera region. Supplementing it were two smaller exhibits: Jules de Raedt: Life Works, Lived Worlds, on the process and requisites of doing ethnography as seen through the research notes, manuscripts, and memorabilia of the late Dr. Jules De Raedt, a Belgian anthropologist and UP Baguio professor who conducted fieldwork in the 1960s among the Buaya people of Kalinga; and The Indigenous, In Flux: Reconfiguring the Ethnographic Photograph, featuring literature professor Roland Rabang’s photographic documentation of the persistent as well as shifting aspects of indigenous culture in the Mountain Province and Benguet. – From Foreword Feasts of Merit: wealth, status, and feasting in the Luzon Cordillera; edited by Delfin Tolentino Jr. 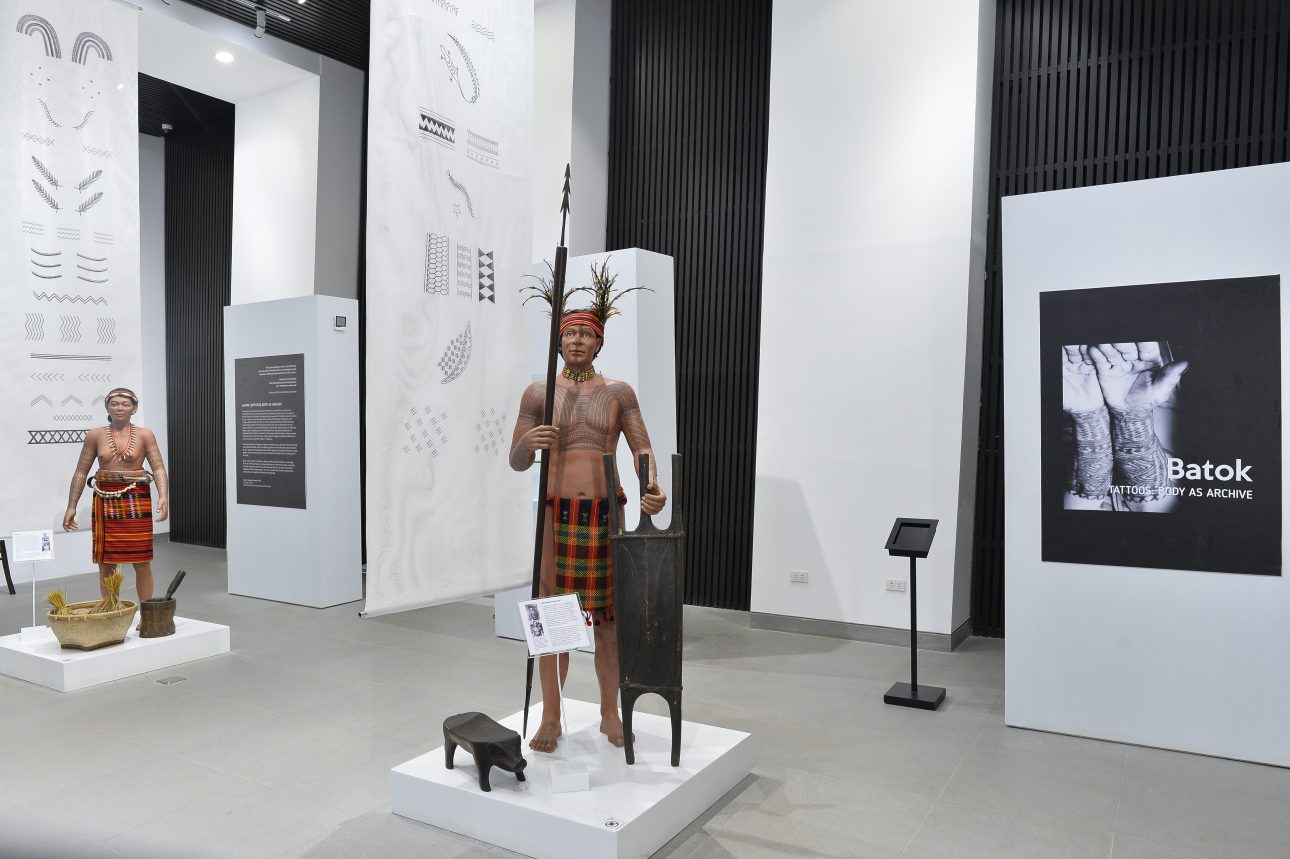 Batok: Tattoos as an Archive 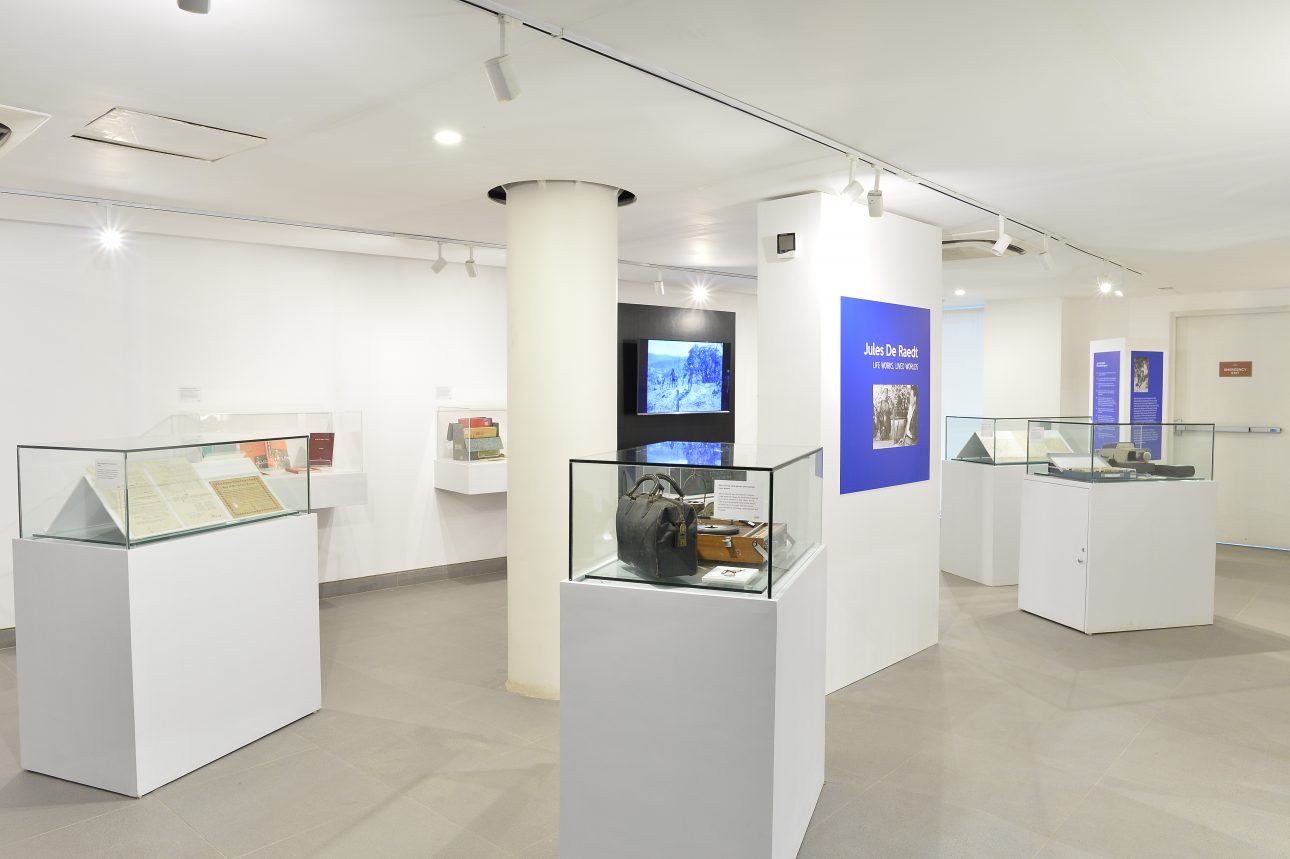 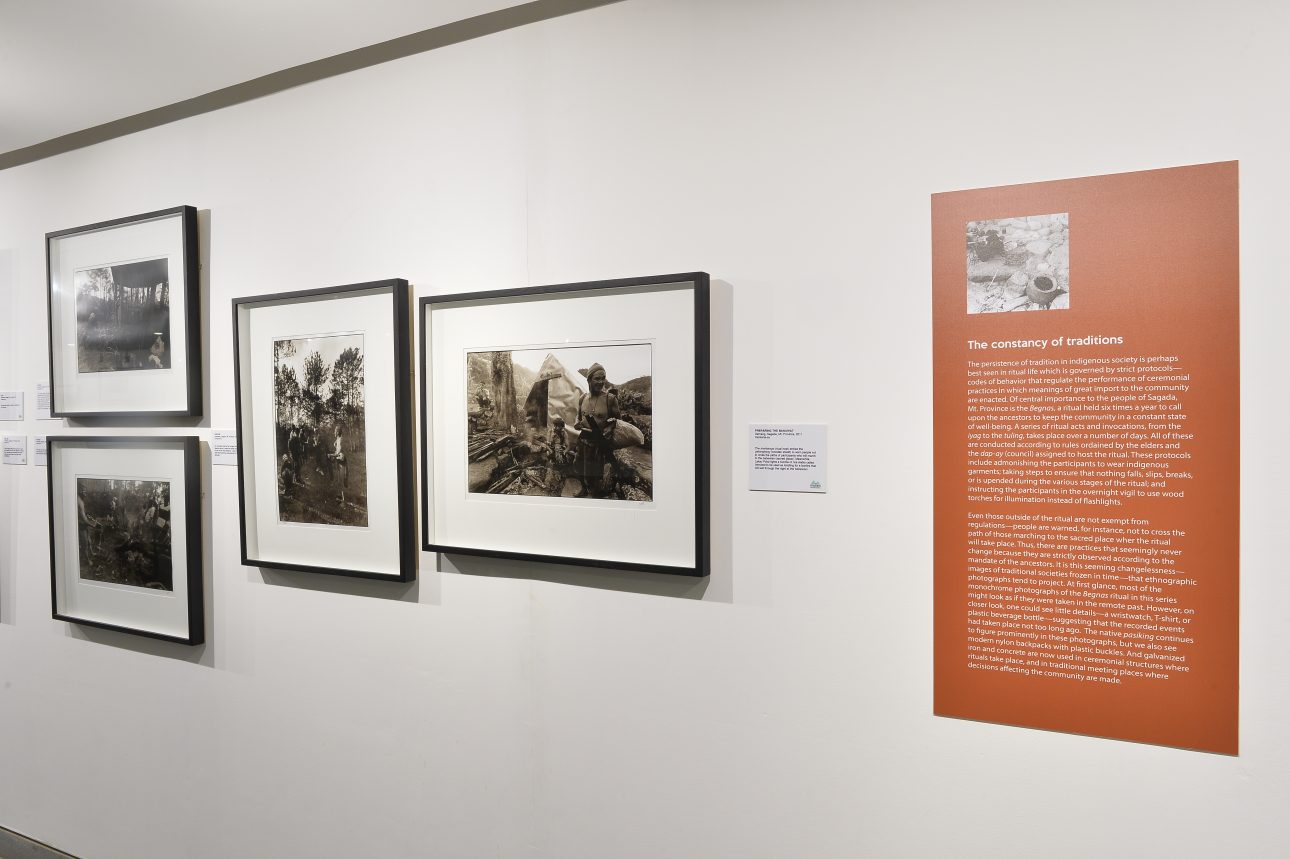 The Indigenous, In Flux: Reconfiguring the Ethnographic Photograph

Batok: Tattoos as an Archive

The Indigenous, In Flux: Reconfiguring the Ethnographic Photograph