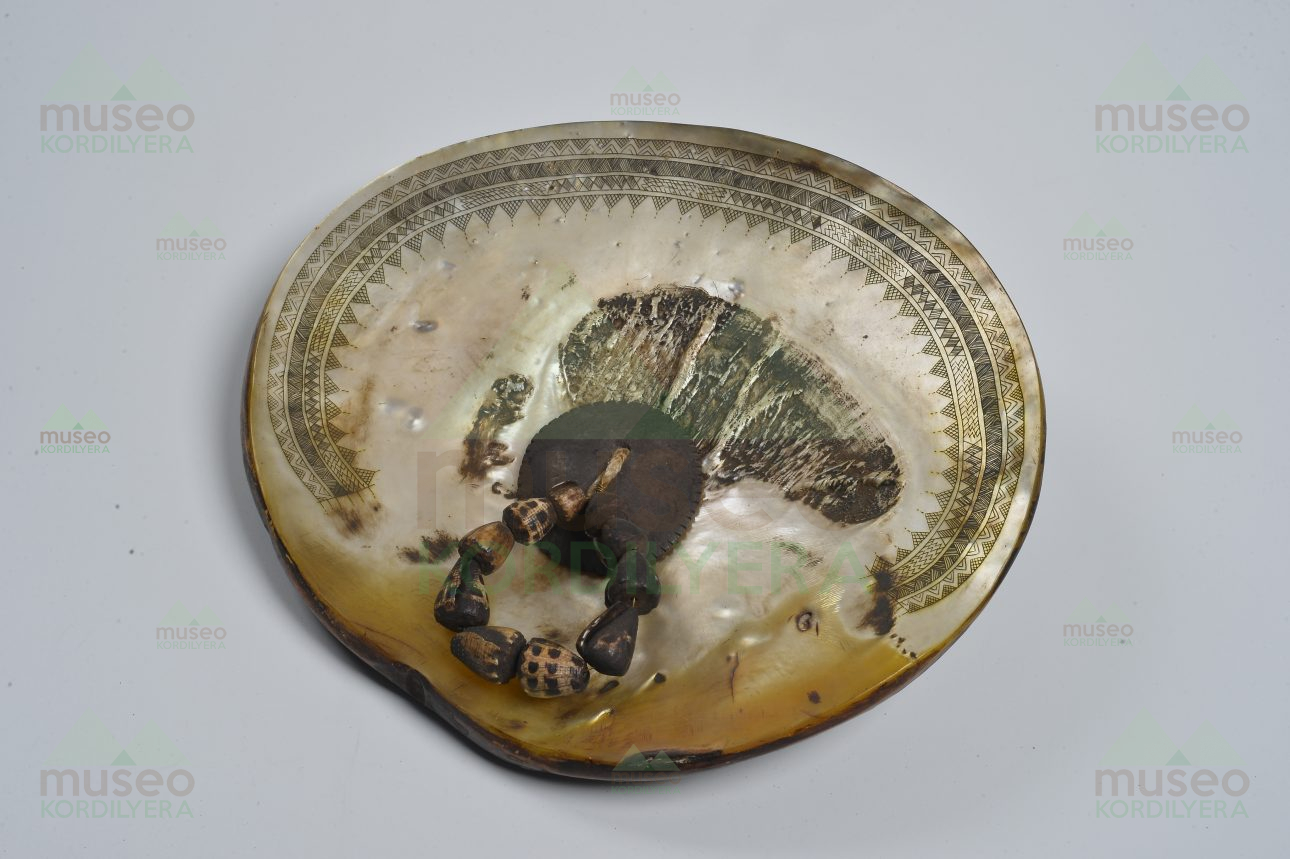 Also called tikam, this ornament is worn by male kachangyan. This ornament is made of a large mother-of-pearl shell whose rim is decorated with etched patterns reminiscent of tattoo and textile design. In the past, the difficulty in acquiring one from the Ilocos coast made it a highly valued possession among the Bontok. In the early 1900s, Jenks (1905, 184) noted that not more than a dozen men owned a fikum in central Bontoc.