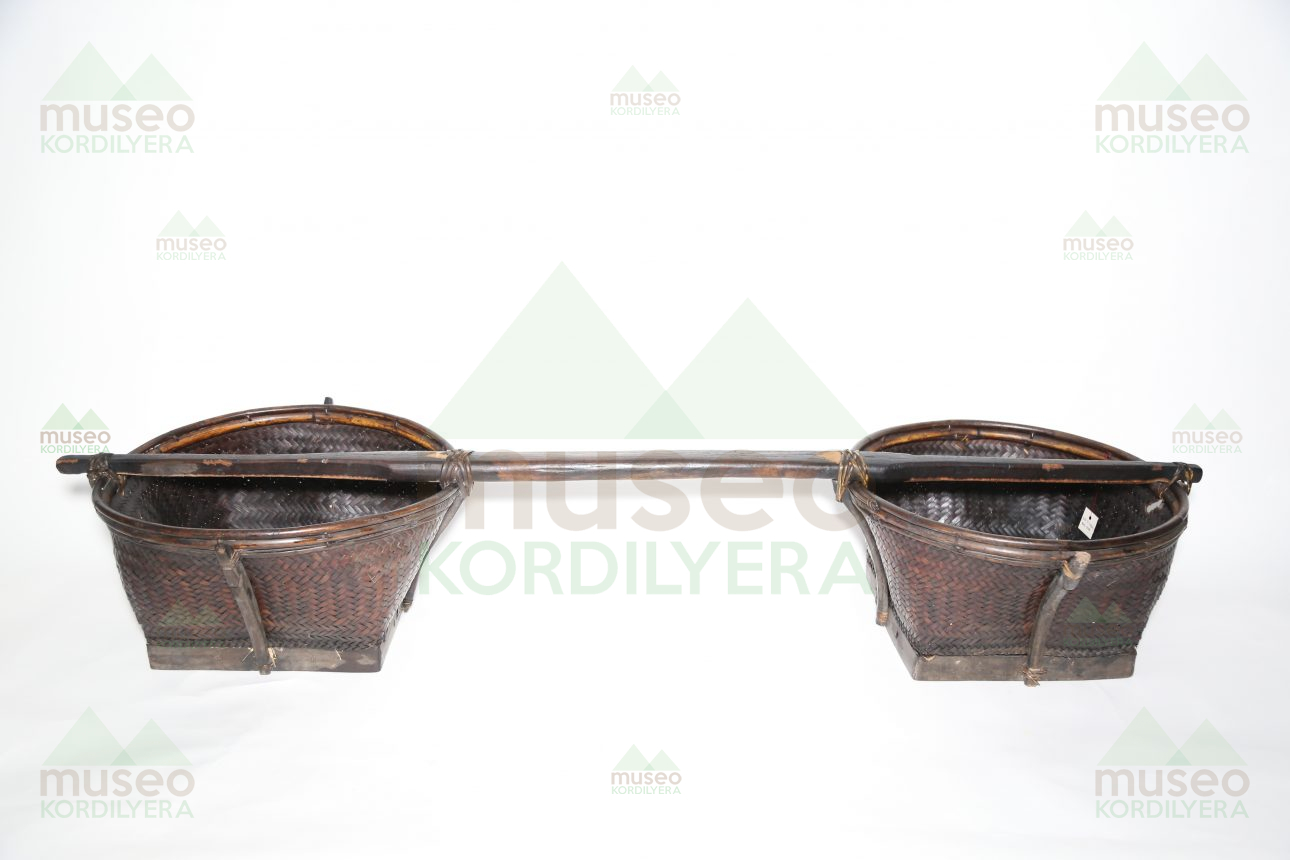 A plaited transport basket is fastened to each end of a pole, which is then carried across the shoulders. It consists of two (twin) deep baskets connected by a piece of carved wood called aksiw. This basket is used primarily for transporting rice, but is also used for carrying other items, such as sweet potatoes during the harvest season. When large animals were butchered during festivities such as cows, pigs and water buffalo the gimata was used to transport meat.  This is the primary transport basket among both Fidelisan and Tanulong in Sagada, and in Bontoc, Mt. Province. Each family has at least one gimata (Capistrano-Baker et.al., 1998: 41). See also  Capistrtano-Baker et.al., 1998: 21, 70-71; NCCA, 2000: 22; Ganduyan Museum, 2015: 12