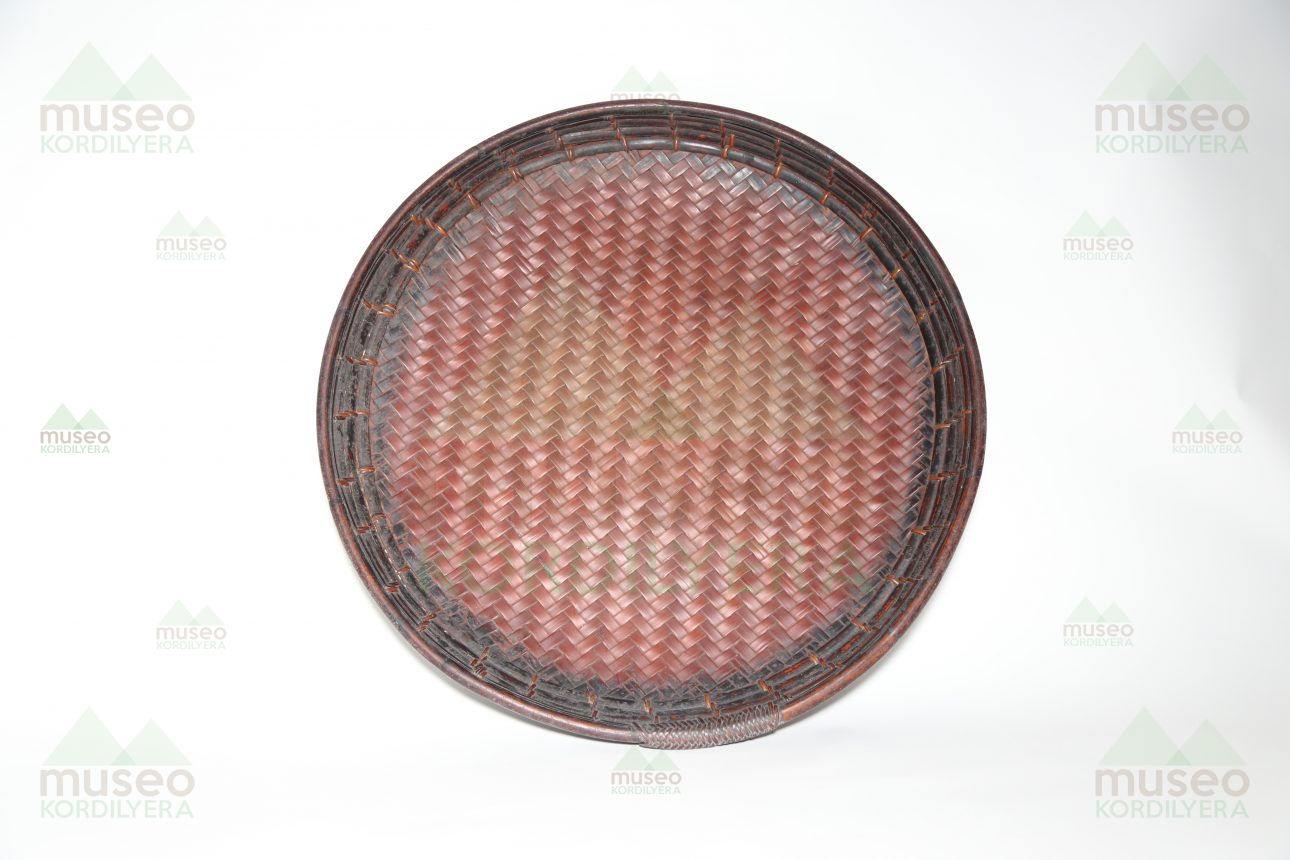 The round shape of the Bontoc winnowing tray serves to distinguish it from the square Ifugao tray (accession no. MK-P-0014). According to Jenks (1905, 125), the Bontoc trays are made primarily in the villages of Samoki and Kanyu (Capistrano-Baker et.al., 1998: 73). Rice is winnowed in the tray after it has been hulled, a process that involves pounding it in a mortar with a heavy loglike pestle. When the tray is used for winnowing, the lashed join on its rim is oriented away from the winnower; this keeps the heavy weight of the grain, which is held close to the winnower’s body, awat from the weakest point of the rim. In addition to its function as a winnowing tray, this basket is sometimes also used for communal eating. In the case, cooked rice is placed around the outer part of the basket with a bowl of meat or soup in the center (Capistrano-Baker et.al., 1998: 72). See also Ganduyan Museum, 2015: 12.

A basket characteristic to the Ifugao, liga-o serves a purpose other than winnowing hulled rice; this winnowing tray is also commonly used in communal eating, as a container for cooked rice and meat. It is round in shape, made of rattan or bamboo or a combination of both; similar to the lig-o of Bontoc (Capistrano-Baker, et. al., 1998).