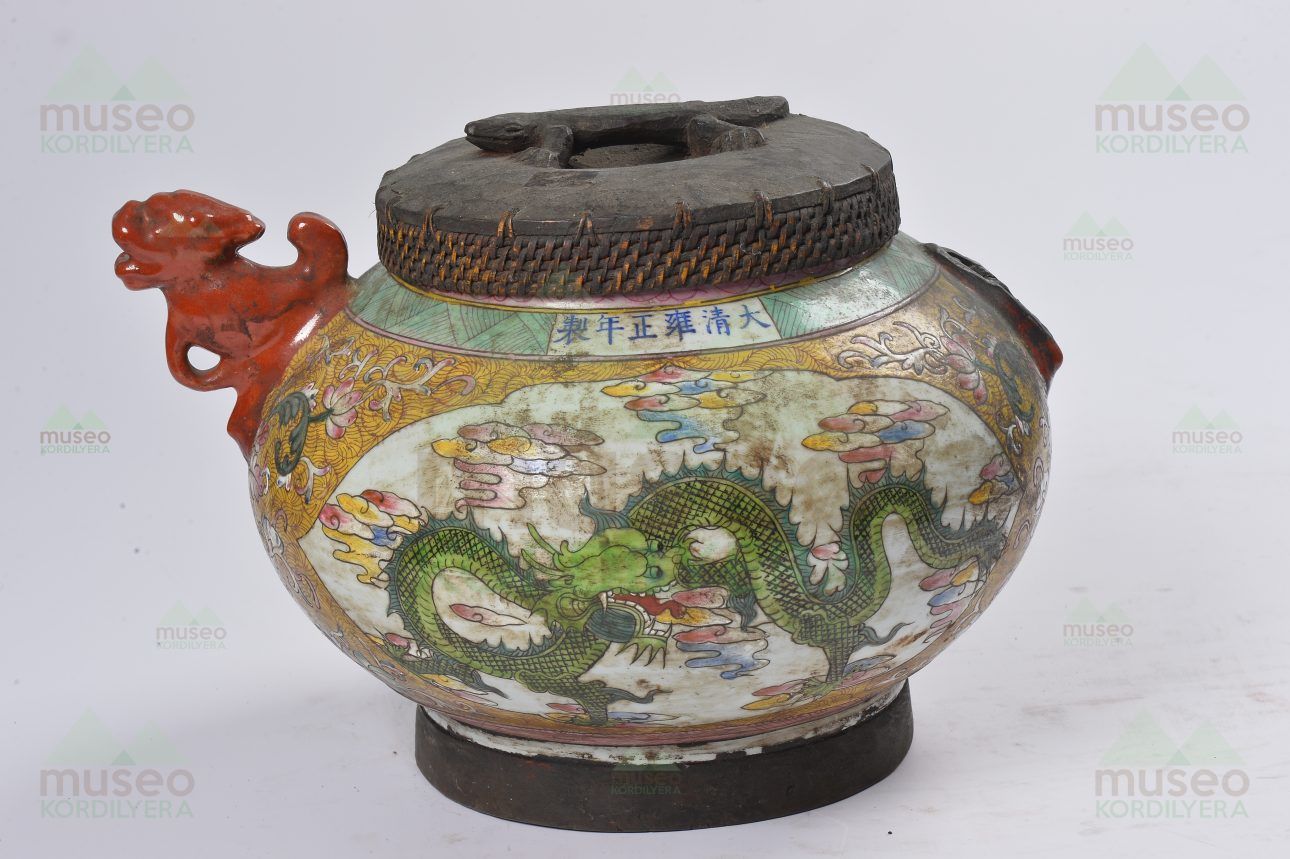 The inscriptions on this jar from Mayaoyao, Ifugao identify it as a Qing Jar produced during the reign of Emperor Yong Zheng between 1723-1735. Prior to its sale, one of its ears was removed by the family who owned it, so they could keep a part of it and thus keep the alimadduwan (soul force of the living in the non living) with the family. This was also done so that the ancestor from whom the family inherited the har would not be offended by this sale. This jar is a fine example of the indigenization process undergone by imported jars in the Cordillera.