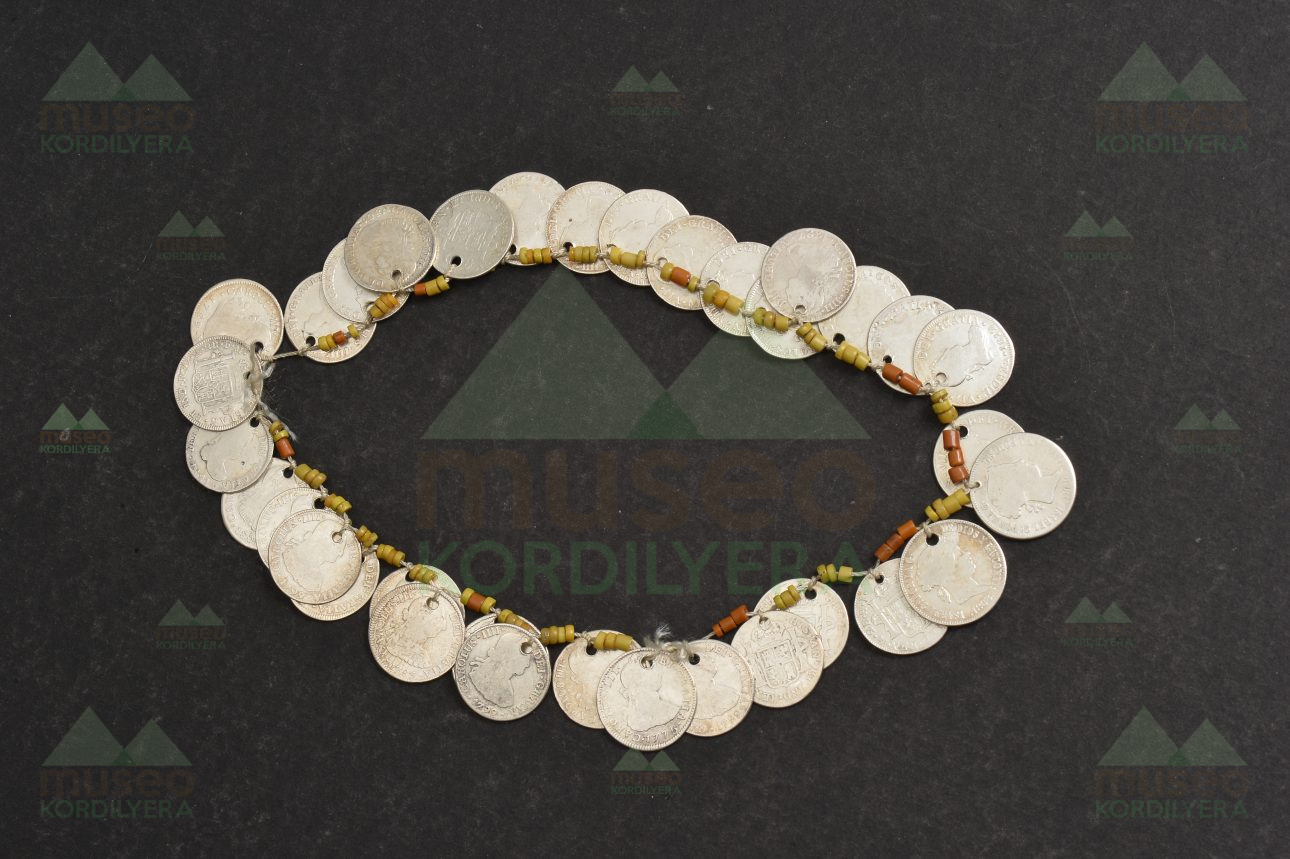 The unu, also called awil, are necklaces made of coins, usually of Mexican origin (Leaño, 1958; Bennet 2008, 41). The coins are attached to a narrow piece of cloth and arranged in such as way that the largest coin is in the middle, with the smaller coins flanking it (Leaño, 1958, 119). The largest coin is usually the silver peso called balujuk. By the 1950s some had changed the Mexican coins to Philippine coins, this despite the value accorded to the coins as heirlooms that must be passed on to descendants (Leaño, 1958m 119). This necklace could only be used in certain rituals.